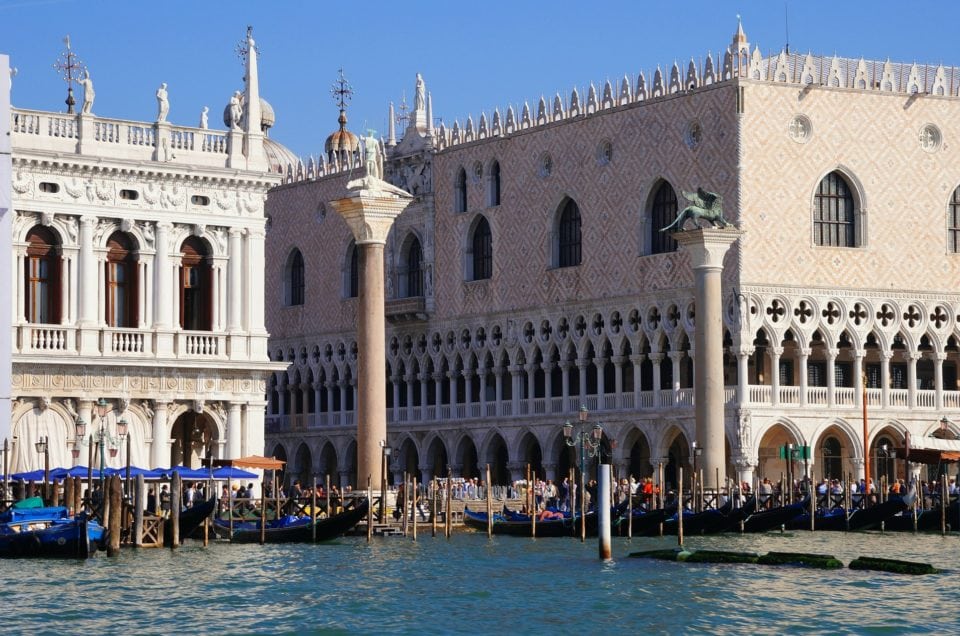 Until the fall of the Venetian Republic in 1797, the Ducal Palace was the Doge’s residence, as well as the main seat of the city government, the tribunal and the prison. The oldest part of it dates back to the 10th century, but it was heavily transformed during the 15th and 17th centuries. Behind the white and pink fronts you can find the large rooms which used to house the political life, decorated by Veronese, Tintoretto and many other important artists of the Renaissance. The Doge’s apartments are to be found here as well, side by side with the famous “Piombi” prisons, rooms and secret passages until the tortures’ chamber. In 1923 the State, owner of the whole building, gave it to the municipality of Venice, and so the palace was finally opened to the tourists.